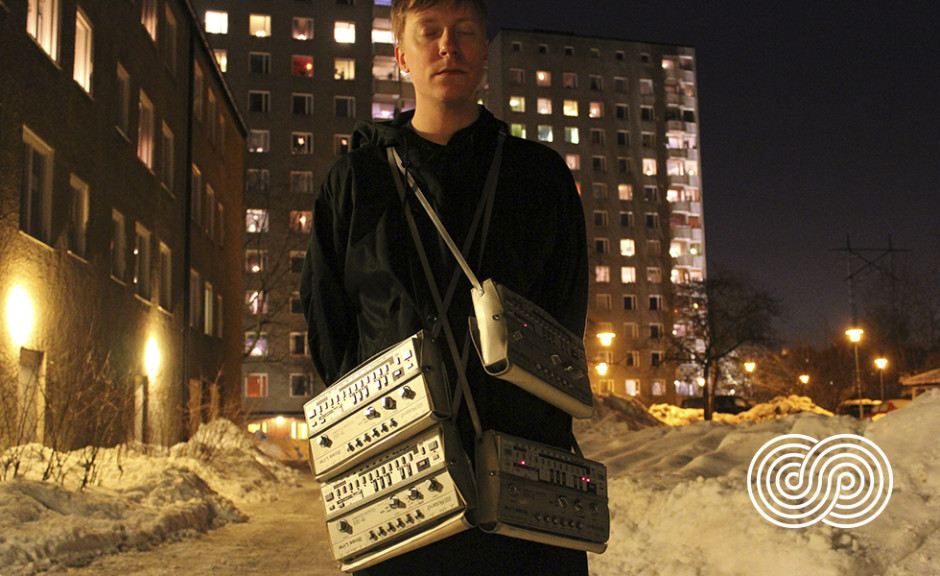 Tilliander (aka TM404) interview via wire – exclusively for Polyphonia!

Andreas Tilliander (aka Mokira and TM404) is swedish electronic music producer born in 1977. Synthopia described him lately as „glitch pioneer” but in fact he is deeply interested  in techno, electronica or drone music. Andreas Tilliander (aka Mokira and TM404) is really busy artist nowdays thanks to his preparations for Polyphonia Festival but not only… Our exclusive interview will put some context to his much awaited live performance.

1. Do you remember when you were first „exposed” to electronic music?

Andreas Tilliander: I don’t really remember. I guess it was Depeche Mode or Kraftwerk. It was really easy for me to get into electronic music already as a kid. My older brother and his friends played music by DAF, Nitzer Ebb, Pet Shop Boys and so on and my very first interest in music was electronic music. I never had a phase of listening to rock or anything uninteresting like that.

2. What’s one of your earliest memories as a listener or a performer?

Andreas Tilliander: The first time I played live was in 1993. I was fifteen years old and was the singer of a new wave synth band. I had no interest in singing but at the time, I was unware about the whole techno movement and I was under the impression that music has to involve lyrics. Later that year I heard „On” by Aphex Twin and that changed everything for me. Before that, music was mainly an excuse to wear strange clothes and go to parties with your mates. When I discovered Warp Records and their Artificial Intelligence compilations, I knew for the first time what I wanted my life to be about.

3. Do you remember when you discovered the dub music? What made you gravitate towards dub and to experiment with it?

Andreas Tilliander: I think I discovered dub music in the mid nineties because of artists like The Orb and Rhythm & Sound. Rhythm & Sound and everything related to them (Basic Channel, Main Street, Chain Reaction etc) is the most important inspiration for me. I never get tired of their productions. In 1998 my dear friend Joel Brindefalk (RIP) showed me The Congos and that was the first time I really got into Lee Perry, although I had some albums produced by him already. I suddenly discovered the joy of reggae as well. What I love about dub is the minimalism, the bass and all the ”incorrect” sounds in it. It’s a universe where everything is possible and I love it more than any other ”genres” of music. Dub is forever.

4. What were the circumstances of TM404 project creation? How did you came up with the idea of using Roland instruments for this project?

Andreas Tilliander: Some friends made fun of me saying I had too many Roland TB-303’s. They told me I couldn’t use all of them in one track and they wanted to buy them from me.
I took that as a challenge and decided to do tracks using nothing but some 303’s and a 606. I filmed everything as a ”proof” and uploaded it to YouTube. I then discovered that a lot of people where interested in the music and two years after the first video, an album was released. I had no plans whatsoever in playing live with TM404, since it’s so much focused on improvisation and of being in the moment. It did change though because I got so many good proposals and didn’t want to turn them down. The first gig I did as TM404 was at the lovely techno fortress that is Berghain in Berlin.
It turned out just great (here’s the recording: https://soundcloud.com/tilliander/tm404-live-at-berghain-130129) and a lot of people started asking me to play as TM404.

5. Do you have plans for releasing more records under this alias?

Andreas Tilliander: Yes, it’s been two years now since the album and I have about three hours of unreleased material. In the past year, I’ve been booked to techno clubs around the world, which is a bit strange considering the album is not really danceable. The LP is slow and dubby, but it’s a bit hard to play that kind of material if you’re booked to play at a club in Ibiza four in the morning.
This means that a lot of the material I’ve recorded this year is a bit more focused on the club side of music. Without losing the twisted and noisy dub side that is TM404.

6. What is the most important instrument or object in your studio. Do have some habits when you compose ?

Andreas Tilliander: I have the perfect studio, in my own opinion anyway. It’s a good mix of old analog machines together with newer digital instruments as well as some software.

(Tilliander: working hard in his studio)

Andreas Tilliander: I don’t really use the computer so much while making music. However, this year a lot of my tracks has been born at various hotel rooms. Working titles are ”Montreal maths”, ”Tresor”, ”Berghain bass”, ”Shanghai” and so on depending on where I was when I started working on that track. I always bring some TB-303’s and the Elektron Octatrack and Elektron Analog Rytm wherever I travel. So most of my songs are recorded using those instruments. If I could only have one instrument, it would have been the Elektron Octatrack. It has endless possibilities when you master it, which takes time. I guess it’s been said a thousand times before, but my main instrument is my brain. I sometimes do a track that is 100% hardware and improvised. The next week I might do something that is all done in Ableton Live and there’s no way of knowing as a listener what is made with what. You develop your sound and ideas throughout the years and you continue to grow as a producer and musician for your entire life. That’s what makes it so interesting.

7. What is the most significant memory from your carrier?

Andreas Tilliander: There’s been so many. One of the dearest is from the year 2000 when Achim from Mille Plateaux / Force Inc called me to tell me he wanted to put out my music. I was on a ferry between Sweden and Finland and was going to do my first gig outside Sweden ever. The phone line was really shitty, so we had to call back to each other like five times or something. I was 22 years old and was so happy to get asked to put out my weird minimal dub music on that prestigious label. Another fine moment is from this year. Richie Hawtin AKA Plastikman has booked me to play shows with him from time to time and Plastikman is together with Basic Channel and Lee Perry the biggest influence for my productions. Hawtin introduced me this summer to his parents and friends during a dinner we had and he told them I was the master of acid and 303’s. Which was funny and strange for me considering for me, Richie Hawtin is the true king of 303’s.

8. Do you have any specific plans for your Poyphonia festival performance?

Andreas Tilliander: All my sets are very improvised. Sometimes I end up playing dark ambient and sometimes it’s more techno.
My plan is to play at least ten minutes of unheard material at Polyphonia. Almost all of the tracks I play is unreleased.
I guess what you will hear is a glimpse of how the next TM404 LP will sound like. More rhythms than the previous album.
I’ve played in Warsaw once before, but that was seven years ago, and I played as Tilliander then. This was way before TM404 saw the light of day. I’ve also played in Wroclaw with a swedish pop band called Familjen. I have a friend who moved from Stockholm to Warsaw so him and I are going to a vegan burger place that I’ve heard so much about. That’s my plan for the day. I also have to try the Żubrówka of course!